So the back story on Bert:

Stretching with Bert before the Reindeer Run

While in college, the local Goodwill was a place of entertainment for my roommates and I. We often went with no intention of purchasing anything, but rather to find entertainment or just to pass the time.  (Yep, we were the cool kids on campus.  Everyone wanted to hang out with us.)  There was alway a large bin that was filled with the random toys and figures that were common in kid’s meals from all the fast food joints.  Of course, this provided us much entertainment, because it was like a trip down memory lane, usually reliving parts of our childhood.  It was from this bin, that Bert’s journey began.

While digging through the bin, my roommate, KMill found Bert and Ernie toys. KMill claimed Ernie and I claimed Bert.

Bert and Ernie reunited at Epcot 2012

They first lived in our cars and became our road trip mascots.  We greatly enjoyed seeing them sitting on the dashboard during our trips.  We also found a Cookie Monster for our other roommate, Burger. After graduation, Bert and Ernie went into retirement.

In 2008, KMill dug out Ernie to take him on adventures around Chicago, which sparked me to start adventures with Bert.  Since then, Bert has traveled to various states and covered multiple miles with me.  And even made some friends. 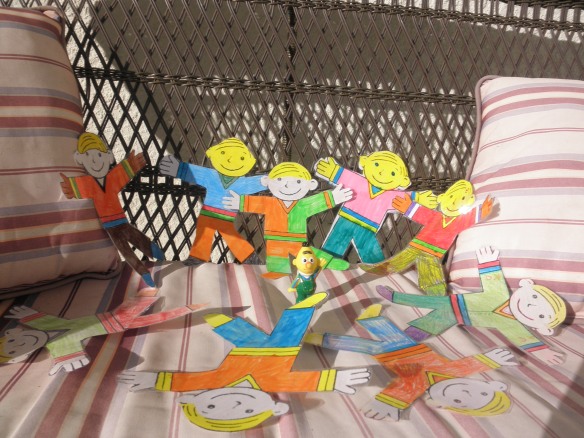 Sharing some stories with Flat Stanley

1 thought on “The Bert Story”